TIA is delighted that the appeal against the imposition of Auckland City’s Accommodation Providers Targeted Rate has been successful. It is now possible that millions of dollars in rate payments will be refunded to accommodation providers across Auckland.

The Appeal Court has found the decisions to impose the APTR in the 2017/2018 and 2018/2019 rating years were invalid. Those decisions are set aside. If the parties are unable to agree on consequential relief, it will be referred to the High Court for determination.

TIA led the campaign in 2017 opposing the APTR proposal, which came close to defeating it, with Auckland Councillors voting 12-10 to proceed with a watered-down version.

TIA Chief Executive Chris Roberts says the Appeal Court has essentially agreed with the industry arguments made back in 2017.

The court judgement says: “In large measure, the problems that have arisen in this case stem from the fundamental difference between a bed tax (or visitor levy) and a targeted rate, and the difficulties inherent in attempting to achieve the benefits of the former through the mechanism of the latter.”

And the judgement is fairly damning of the Council’s attempted justification for targeting the accommodation sector:

“In summary, we conclude that Council did not adequately consider the benefit of the funded activity to the targeted group, nor the distribution of the benefits across the community including other identifiable groups. Fundamentally, this was because the assessment was carried out at the end of the process to reverse engineer a justification for a scheme…”

“It was hugely disappointing when this poorly conceived rate was imposed. Congratulations to the small group of owners who took this court action and have finally achieved a just outcome for Auckland’s accommodation sector," Chris says.

The full Appeal Court judgement can be read here. 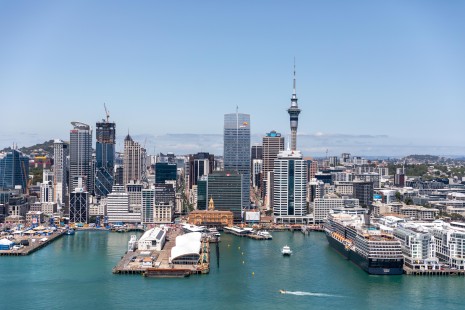