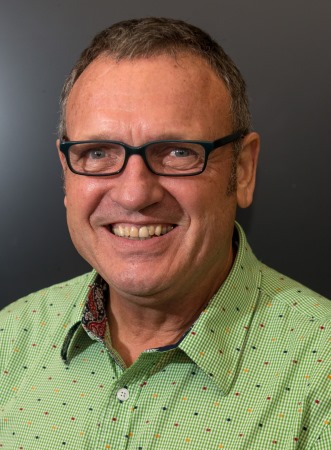 Fergus worked for the New Zealand Tourism Department from 1975 and Tourism New Zealand from its inception in 1991. He spent two years as Private Secretary to the Minister of Tourism and has represented New Zealand in postings to Australia and Asia.

Based in Hong Kong he established TNZ’s Asian operation, opening offices in Taiwan and South Korea before returning to New Zealand to take up an executive position in TNZ’s head office.

He owned a motor lodge incorporating a conference facility and licensed restaurant for five years. During this time Fergus was Deputy Chairman of Go Wairarapa, the region's economic development and regional tourism organisation.

Fergus is Chief Executive of Holiday Parks New Zealand, which is a full member of TIA. He has been a Board member of Tourism Industry Aotearoa between 2007 & 2013 and from 2014 representing Motels, Other Accommodation and Hospitality. Fergus is a trustee of the Tourism Industry New Zealand Trust, the PATA NZ Trust and is a Director of ServiceIQ representing the Hospitality sector.

“I am committed to the implementation of the Sustainable Growth framework and ensuring that small-to-medium sized tourism businesses are well represented on the TIA Board."