Fill out this form to keep receiving T-Mail and other TIA updates, even if you have to leave your current tourism role due to COVID-19.

Tourism stays on the front bench

It is fitting that tourism is held by a senior, front bench Minister, to reflect the importance of the industry to growing New Zealand’s economy, Tourism Industry Aotearoa Acting Chief Executive Steve Hanrahan says.

As a previous tourism spokesperson for Labour, Mr Davis is familiar with the industry, which is worth $2.4 billion a year to his Te Tai Tokerau electorate.

“We look forward to working with Mr Davis to progress the incoming Government’s priority of regional development. Tourism is the only industry that creates businesses and provides jobs in every part of the country, often in areas where few other opportunities exist."

TIA’s election manifesto, Tourism for Tomorrow, sets out 29 priority actions to supercharge tourism’s success and support the industry to reach its Tourism 2025 goal of growing total tourism revenue to $41 billion a year.

“We know the boom in tourism has created opportunities for business and employment in many regions but it has also placed pressure on the infrastructure in some popular regional destinations and on the public conservation estate. We look forward to working with the new Government on addressing infrastructure funding issues and ways to maximise the economic benefits of tourism to New Zealand," says Steve.

“We will be discussing immigration settings with Minister Davis and also new Immigration Minister Iain Lees-Galloway, to ensure tourism employers are able to secure quality staff when no suitable New Zealanders are available.”

TIA is welcoming the new $1 billion a year Regional Development Fund, and the promise of increased funding for the Department of Conservation.

TIA has invited Minister Davis to speak at Tourism Summit Aotearoa in Wellington on 14 November, which will be his first significant opportunity to address a tourism industry audience.

“We are arranging to meet with Minister Davis as soon as possible, as well as Ministers in other portfolios that have an impact on tourism including immigration, conservation and infrastructure,” Steve says.

Other Ministers of particular interest to tourism include: 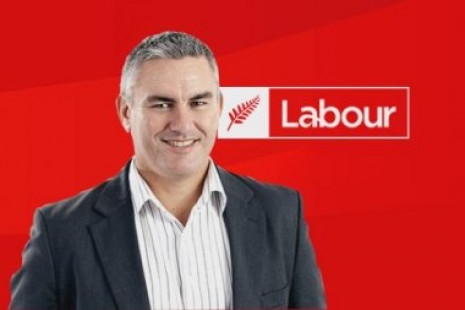