Industry organisations from across the tourism, travel, aviation, hospitality and event sectors have joined forces to plead for assurance about Government plans for ongoing support.

The letter is signed by:

The letter is also supported by the Board of Airline Representatives NZ, the New Zealand Hotel Owners Association and ProGuides New Zealand.

The letter congratulates the Government for the ongoing success of measures to protect New Zealand from the COVID-19 pandemic. However, all the organisations have members who are directly impacted by the closed border. With the end of the wage subsidy approaching, businesses need to know what the Government is planning, the letter says.

Australia recently announced a targeted extension of its JobKeeper programme until March 2021. However, the New Zealand wage subsidy is expiring from next month.

The tourism, travel, aviation, hospitality and event sectors are all suffering directly from the necessity to have border restrictions and will need a supportive Government partner for the foreseeable future.

“Thousands of vulnerable workers remain desperately worried about their futures. If there is to be no targeted wage subsidy extension, please signal as soon as possible what form ongoing Government support for our devastated sectors will take.”

“We accept that not every business will survive this crisis, not every job can be saved. But well targeted Government support can limit the damage and give us something to rebuild from.”

Mr Roberts says the Prime Minister and Minister of Tourism were very receptive.

“The Prime Minister understands why our sectors need more certainty around what support the Government is able to provide. I expect some further announcements soon.

“There is also strong agreement that government and industry must work together to rebuild a sustainable tourism industry that delivers for Aotearoa and its people.” 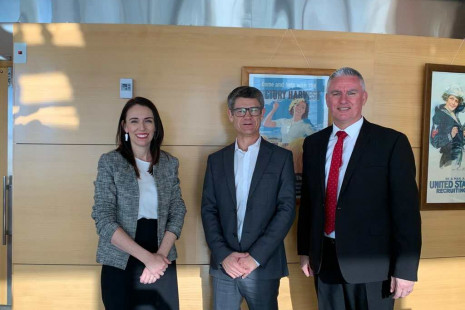