The Parliamentary Commissioner for the Environment’s proposals to address environmental challenges facing tourism makes a valuable contribution to discussion on the industry’s future.

The PCE’s report Not 100% – but four steps closer to sustainable tourism has identified some long-standing systemic issues and proposed some bold solutions that won’t be universally endorsed but deserve to be debated, TIA Chief Executive Chris Roberts says.

In combination with the anticipated report from the Tourism Futures Taskforce and the Department of Conservation’s Heritage and Visitor Strategy released yesterday, the PCE’s ideas will contribute to a robust discussion on how we shape the future of tourism and ensure it benefits Aotearoa and New Zealanders, Mr Roberts says.

Two of the four recommendations in the report have picked up suggestions TIA provided in its submission to the first PCE report, Pristine, Popular…imperilled? The environmental consequences of projected tourism growth.

“TIA has long highlighted the need for improved destination management planning. At the local level, the community voice must be heard, and we recommended that regions must have Destination Management Plans in place to be eligible for contestable government funding.

“We have also called for an overhaul of the legislation governing the public conservation estate as the framework put in place over 30 years ago is no longer meeting New Zealand’s conservation, recreation and tourism needs.”
TIA notes that the Commissioner has a strong personal view on noise disturbing natural quiet and this is given a strong emphasis in the report.
Mr Roberts says the Commissioner’s recommendations to strengthen the selfcontainment vehicle standards for responsible camping align with the position of TIA and many others.

The fourth recommendation – for a Departure Tax - is likely to be the most controversial.

“It is one way of addressing the known carbon challenge that comes with global movement. However, we already have a heavily taxed border and it is going to be a major challenge to re-establish Aotearoa’s global connections post-COVID. Many will question whether now is the right time to be imposing a further financial barrier to travel.”

TIA looks forward to discussing the ideas raised in the PCE’s report with Government and industry stakeholders.

To read TIA’s submission to the PCE’s initial report. 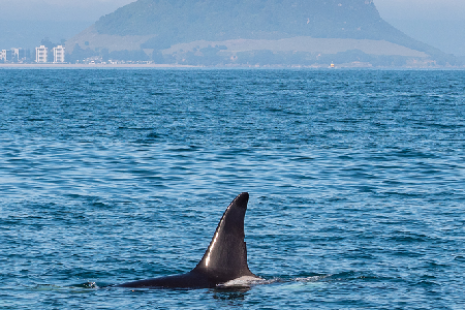