Fill out this form to keep receiving T-Mail and other TIA updates, even if you have to leave your current tourism role due to COVID-19.

The credibility of official government visitor statistics has been called into question by a damning review of the International Visitor Survey, and Tourism Industry Aotearoa says the results are deeply concerning.

The review was agreed to by the Ministry of Business, Innovation and Employment in response to tourism industry concerns, and carried out by Stats NZ.

TIA Chief Executive Chris Roberts says Stats NZ is to be congratulated for the thoroughness of its review but it is now crucial that the detailed recommendations across ten areas are all implemented.

The review has found significant failings with the way the International Visitor Survey has been carried out and an alarming lack of oversight from Government officials.

“We called for the review of the IVS in September 2017 because of longstanding concerns over the reliability of the expenditure data and how it was being collected,” says TIA Chief Executive Chris Roberts.

“The review has uncovered some deeply concerning shortcomings, including a failure to carry out the survey as it was designed, no training manual for survey interviewers, insufficient supervision and monitoring, and a lack of interaction between the survey company, MBIE, and Stats NZ, which has allowed sampling and data processing problems to build up.

“As an example, there have been too many Australians surveyed and not enough Chinese. This means the Chinese visitor data has a confidence level of plus or minus 23% - against a design target of plus or minus 10%.”

The IVS is designed to provide accurate national information on the expenditure of international visitors to New Zealand.

“The IVS is the source of unique understandings of our international visitors, and understanding our markets is essential for tourism development. Issues with the IVS flow through all industry expenditure data and into the wider government accounts.”

The Stats NZ review has identified 10 recommendations that would improve the operation and governance of the survey in future, calling for better processes for survey design documentation, improved sample allocation, improving the online questionnaire, improvement of governance and improved engagement with stakeholders and customers.

It recommends assessing the combined effects of the recommended improvements to the survey for the next 12 months before deciding whether to revise previously published figures.

“The ten areas recommended for action must all be implemented to restore industry trust. It is encouraging that MBIE has already made improvements in a number of areas,” says Mr Roberts.

“The problems with the IVS have undoubtedly shaken the tourism industry’s confidence in MBIE data, and it’s a concern we have heard time and time again from industry members. This needs to be fixed and TIA will continue to engage closely with MBIE and Stats NZ.” 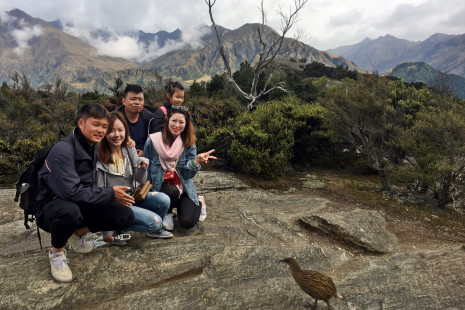