4 out of every 10 tourism jobs lost in last year, survey shows

New Zealand’s tourism businesses have on average seen their revenues cut almost in half and have shed 4 out of every 10 of their staff, according to our latest industry survey.

Now, with the Tasman travel bubble open, getting back the staff they need is one of the biggest concerns for the 333 tourism businesses that responded to the survey, which was released at TRENZ Hui 2021.

The survey is the fourth that TIA has conducted over the past 12 months to assess tourism industry sentiment through the pandemic. The latest survey was conducted 9-20 April, covering the period when the trans-Tasman travel bubble was announced and its first two days.

Survey respondents reported an average 40% reduction in their staff numbers since New Zealand’s borders closed a year ago. Expanded out to the 225,384 people who were directly employed in the tourism industry pre-COVID-19, this equates to 90,000 job losses.

The Lower South Island saw the biggest workforce drop – down 53%. And sectors with a high reliance on international visitors experienced the biggest job losses, with the culture and heritage sector down 64% and tourism services down 61%, compared with holiday parks being down by 26%.

“Three-quarters of respondents said the Tasman bubble was important for their business survival,” TIA Chief Executive Chris Roberts says. “However, the biggest impediment to recovery, selected by almost two-third of respondents, is availability of staff.”

22% of respondents were not confident that they will meet their staffing needs as international travellers return. Businesses in Queenstown, Canterbury and Auckland in particular are finding it hard to fill vacancies.

Respondents also reported an average 48% decline in turnover compared to the previous year. More than three-quarters of respondents are still running the same type of business – but it is often a much smaller operation. 43% of businesses said they need to get back to at least three-quarters of their pre-COVID annual turnover to remain viable, suggesting there is considerable pressure to raise turnover levels as soon as possible.

65% of respondents consider that the most important thing the Government can do is to enable borders to be safely opened. 95% said opening up to other countries was important or very important to their business.

“In terms of what the industry can do to help itself, respondents said they want clear leadership, and cooperation across industry and with government to find solutions,” Mr Roberts says.

The results were released at the start of TRENZ Hui 2021, to help set the scene for attendees’ discussions on the future of the international tourism sector. 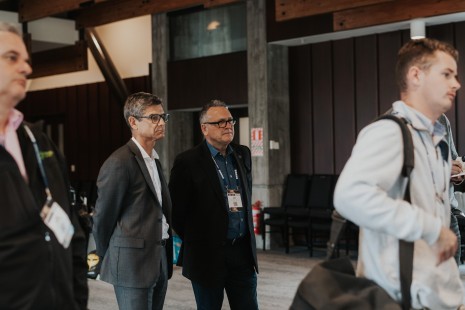