The Productivity Commission has dropped its support for local bed taxes and has accepted Tourism Industry Aotearoa’s position that international visitors are already more than paying their way, primarily through the GST system.

The Commission’s Report into Local Government Funding and Financing has been tabled in Parliament.

In its draft report issued in July, the Productivity Commission had recommended the introduction of accommodation levies – or bed taxes – to fund tourism-related infrastructure at a local government level. TIA strongly pushed back on this recommendation, and actively engaged with the Commission to broaden their understanding of how the visitor economy works.

TIA Chief Executive Chris Roberts says TIA took up this fight on behalf of the accommodation sector and the wider tourism industry. He is delighted the Productivity Commission is now recommending councils should use the existing tools available to them.

“Bed taxes would miss the majority of travellers and add costs to a small set of operators already struggling with increased business and compliance costs, at a time when tourism is slowing.”

The Productivity Commission report says councils already have a wide range of funding options available to them and need to make better use of these, including user pays, rates and debt funding. The Commission says there is also a role for central government funding support, which could be targeted more efficiently to ensure councils can plan and prepare for tourism.

Mr Roberts says TIA agrees with all eight of the tourism findings and the four tourism recommendations outlined in the report. TIA also agrees wholeheartedly with the Productivity Commission’s conclusion on tourism (page 279), which states:

‘Better use of existing tools and central government funding should be enough to address tourism funding. Given the small scale of the funding gap, introducing new tools would incur significant implementation, administration and enforcement costs and is unlikely to result in a net benefit to councils.’

The report also notes that tourism is the only industry that is ‘double-taxed’ by the GST system – ‘…international tourism not only incurs 15% GST; the imports funded from its foreign-currency earnings also incur 15% GST. This charging of GST on both the export and import sides is not consistent with the principles of a pure GST’ (page 263).

Mr Roberts says this observation supports TIA’s position that central government should consider distributing funds equivalent to a portion of the GST take from international visitors to local government.

“The new Stats NZ figures out this week showed that international visitors spend $17.2 billion a year in Aotearoa, $1.8 billion of this going directly to the Government in the form of GST.

“As the Productivity Commission quite correctly points out, international visitors more than pay their way: ‘…this GST represents a large excess of revenue from international tourists above and beyond the costs they impose but don’t already pay for...’

“We look forward to working with the relevant agencies to progress the work and recommendations of the Productivity Commission,” says Mr Roberts.

The Commission’s tourism findings and recommendations can be found detailed in our media release. 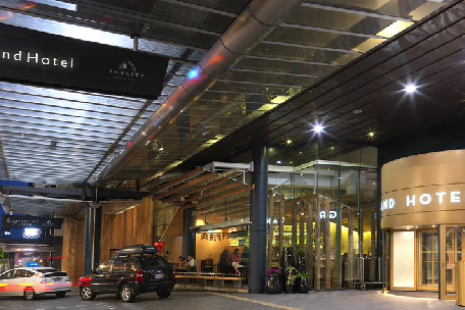